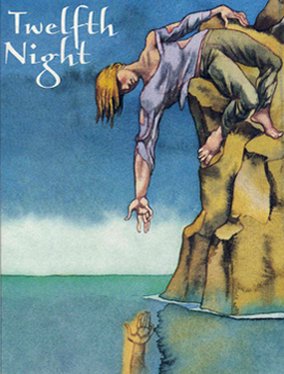 I had two surgeries to correct my crooked right leg when I was 13. The summer I turned 14 in 1998, I had the second surgery. Also that summer, I saw Live at Lincoln Center for the first time. They performed Shakespeare’s Twelfth Night.  At that point, I had a lot of time on my hands because I was still recovering from the operation. I remember flipping through the channels, and stopping on PBS because it was a theatrical performance, and I was intrigued. I had never seen Twelfth Night before.

I had been reading Shakespeare since the age of 11. Something about his language, and the way the story unfolded struck a chord with me. I remember it all began with a “No Fear Shakespeare” type edition of Macbeth. I had done a scene from it as one of the witches when I was around 10 years old for an acting class (see above photo.) From that point on, I was hooked not only on acting, but with Shakespeare. I instinctively picked up on the iambic pentameter and the themes in his work.

It really wasn’t until I watched Twelfth Night, that I realized I wanted to do THAT. I wanted to be an actor with every fiber of my being. I wanted to act on that stage, with those people. I wanted to learn from them. I was glued to the television, and soaked up every word and action. To this day, I vividly remember it. I loved every aspect of it–the acting, the costumes, the set, and the music. Fun fact: Jeanine Tesori, the composer of this year’s Tony-winning musical, Fun Home, wrote original music for Lincoln Center’s production of Twelfth Night.

As an actor, it’s a good feeling to be able to pinpoint when I became aware of the fact that acting was a career. I had recognized both Helen Hunt and Paul Rudd from previous projects and realized that they not only did film and television, but theater as well. I realized that they had careers, that acting itself was a career. Now, nearly 18 years later, I have a career too. It’s slowly coming along, but it’s happening sure enough. Lincoln Center remains one of my dream theaters to this day. I hope to be able to get the chance to perform there one day.

More importantly, I hope to one day inspire another young kid watching from their living room or in a theater. Dreams are attainable.

I’m so excited to announce that I am going to start working with the fabulous agent, Gail Williamson, of KMR & Associates. I have been waiting for a long time to take this important step in my career, and I am so glad she’s going to be on my side. Thank you Gail! 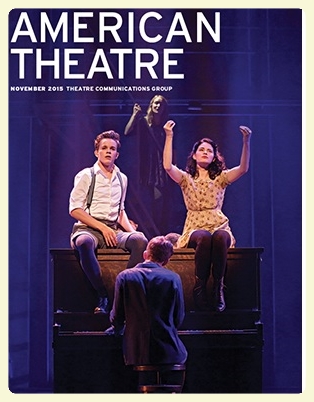