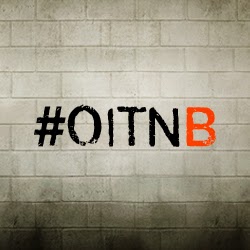 Unless you live under a rock, you’ve probably heard that the second season of Netflix’s hit series Orange is the New Black went live on June 6th. And, if you’re a fan, you’ve binge-watched the entire series in just a few days. Personally, I did not start watching the second season until I had a day off from work, for fear that I wouldn’t want to leave the house. Well, I started the second season on Tuesday, and between errands and various different obligations, I finally completed watching the 13 episodes that make up the stellar second season. #OITNB is filmed in NYC and features various friends and colleagues of mine. Watch out for Olga Merediz in episode 5 (heartbreakingly serious with all her dialogue in Spanish. She’s amazing. Seriously.) and Hamilton Clancy in the last 7 episodes as CO Kowalski (He’s hilarious.)

It’s weird because unlike other popular series such as Game of Thrones or others that are released weekly, on-demand, streaming shows let the viewer experience an entire season all at once. It can be a little overwhelming–after all, they call it binge-watching for a reason. Some suggest to spread out the season as you would a weekly televised show. Others just say to take the plunge and indulge. Well, the good thing about Orange is the New Black is that the story is rather continuous, so it can help to watch it all at once. However, now that it’s over, I don’t really know what to watch. Good thing season 2 of Orphan Black still has some episodes in the season left.If you haven’t seen Orange is the New Black, sign up for Netflix and watch it, you won’t regret it.