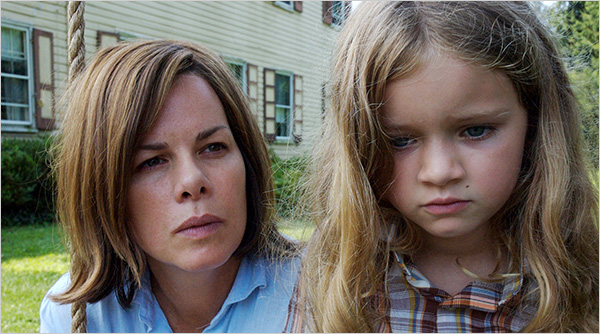 Joining the family business. For most people, it means working for your father in his small business in town or tagging along during board meetings in an office building. For children of actors, they have another option: act with their parents (and/or relatives in the business.) Did you know that Blythe Danner and Gwenyth Paltrow have appeared together when Gwenyth was still in the womb? Blythe appeared on an episode of Columbo when she was five months pregnant with her daughter. Yep. Some people really do start off young. Subsequently, Blythe Danner and Gwenyth Paltrow have appeared together on stage and screen as mother and daughter numerous times. Most recently in the 2003 biopic of poet, Sylvia Plath, with Gwenyth in the title role. Martin Sheen has appeared on screen with all of his children: Emilio Estevez, Charlie Sheen, Renee Estevez and Ramone Estevez. Before Sofia Coppola was a writer/director in her own right, she appeared in dad, Francis’ movies: The Godfather Trilogy, Peggy Sue Got Married, Rumble Fish, The Cotton Club.) Francis Ford Coppola is rather famous for using family members in nearly all of his films. Actor Campbell Scott, the son of actors George C. Scott and Collen Dewhurst, acted alongside his mother in what was one of her last performances in Dying Young.

Having a famous parent as an actor can even help when casting the “younger” version of a character. Most recently, Tina Fey gave daughter Alice a cameo on 30 Rock where the little one played a pint-sized Liz Lemon. Meryl Streep actually got work due to daughter Mamie Gummer’s involvement in the 2007 film, Evening. They played the same character at different ages. Also in the movie, the late Natasha Richardson playing the daughter of real-life mother, Vanessa Redgrave. How cool is that?

In recent years, a certain film has caught my eye. The movie is called Home, one of several films of the same name that came out in 2008. It stars Oscar-winner, Marcia Gay Harden, and her daughter, Eulala Scheel. I stumbled upon this little gem of a movie because it was streaming on Netflix. I love Marcia Gay Harden’s work, so I decided to check it out and it was fantastic. In fact, it’s not the first time Harden and her daughter have appeared together on screen. The first was in Harden’s Oscar-winning film, Pollack in 2000 when Eulala was two. Then came the made-for-television movie Felicity: An American Girl Adventure, Home, and Whip It (Drew Barrymore’s directorial debut.) In nearly all of her work, she has played her mother’s daughter. This year, she has managed to break the cycle and appear on a few episodes of Workaholics sans mama, Marcia.

Home (I) (2008): Inga (Academy award winner Marcia Gay Harden) is a poet. She wants to buy and restore a house she is drawn to that reminds her of her childhood home, but her distant husband Hermann sees little value in it or many of the things Inga loves. Inga realizes that many things in her life are coming full circle. Her crumbling marriage is a stark contrast to her relationship with her 8-year-old daughter, with whom she shares her hopes, fears and inner-most thoughts following her recovery from breast cancer.

I’ve been trying to find a specific clip from the film to put with the article, but it doesn’t seem to be found online on its own. It truly shows the power that real-life relationships can bring to a film. As with any real-life on-screen pairing, truth is achieved with ease and not manufactured (most of the time.) That’s because there is a history, a relationship that the actors have with each other that they can bring to the screen. Eulala is confronting her mother Marcia as her character, but it’s so real and raw from the two actors, I wonder how they felt at the end of that shooting day. The film as a whole is emotional, true to life and extremely under the radar. It’s worth seeing.

On another note, not everyone related to someone in the industry goes into the family business. There’s a certain celebrity chef who has made a name for herself all on her own: Giada De Laurentis, granddaughter of legendary film producer, Dino De Lauurentis (La Strada, Hannibal.) But, for those who have acted with their relatives, more power to you. I don’t know what I would do if I were Mamie Gummer. Living up to Meryl Streep’s acting ability is quite a challenge. I wonder if Daniel Day-Lewis’ kids will follow in his footsteps too. Who knows. 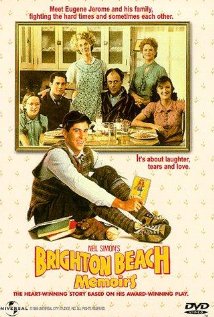