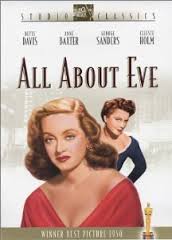 All About Eve might be the best cautionary tale about stalkers ever. The 1950 Oscar-winning movie, which was nominated for fourteen awards took home six, has remained a classic 64 years later. It still has one of the best screenplays ever written, and the themes have been replicated on film and television years later.Modern shows such as Gossip Girl and Glee have paid homage to the classic film.  References to the movie, and pull quotes remain relevant even today.”Fasten your seatbelts, it’s going to be a bumpy night.” Years before Natalie Portman became paranoid that Mila Kunis was going to steal her part in Black Swan, Bette Davis was nervous that the girl she hired as an assistant (Ann Baxter) the day they met, was trying to take over her life.

Even today, I find the movie as entertaining as I do a tad creepy. Eve’s a bit stalker-ish. It’s not a horror movie, there is no blood and gore. It isn’t even categorized as a psychological thriller, but it might as well be. “Aging” actresses in the late 1940s, early 1950s, meant the leading lady had reached the age of 40. I guess not much as really changed, because actors nowadays are still trying to remain young and vibrant. I have some questions for writer/director, Mr. Joseph Mankiewitz. If I could go back in time, I’d ask him “Why the hell would you not do a background check before letting them move in with you?” or “What’s up with Ann Baxter’s breathy voice? Is it meant to be creepy? Because it is.” and  “Can I play Birdie? She’s hilarious.”

Even though Margo Channing, Bette Davis’ character, is supposed to be the drama queen, I think Ann Baxter as Eve takes the cake on this one. Again, with the breathy dramatic voice. It only makes for a good movie though.Star, Bette Davis was in her element in this film, and man, I’d have loved to have a drink with her–a martini. I find myself watching it if I really want to relax and watch a quality film. I love old movies. If you haven’t seen this classic, check it out. It’s on instant on Netflix. 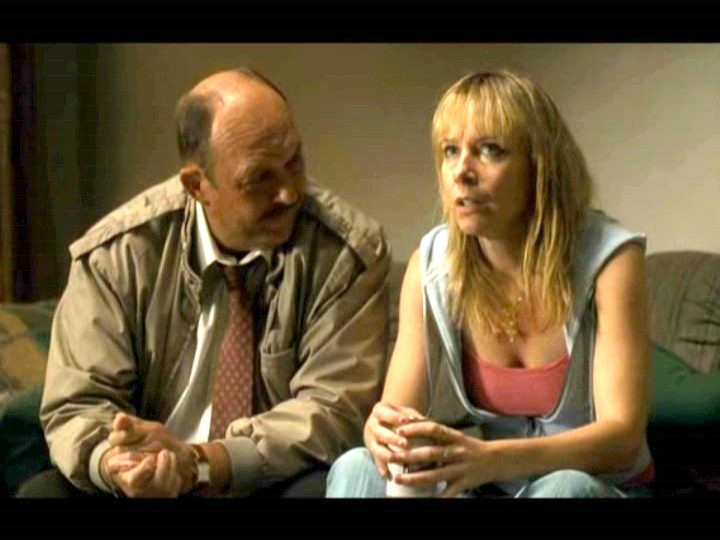 I’m a Boston gal at heart. When I moved to the Big Apple nearly 6 years ago, I retained something that could be considered a setback: my accent. I remember the first day of class at Circle in the Square Theatre School and the late K.C. Ligon telling me, “We need to work on that” upon hearing me speak. K.C. was a well-respected speech coach within the industry and I credit her and Ken Schatz with helping me ease up on my native dialect.  Fun Fact: K.C.’s mother was stage actress, Nora Dunfee, famous for her performance alongside Tom Hanks in Forrest Gump as the Elderly Southern Woman on the bench towards the end of the movie.

Being a Boston girl, I am always aware when actors can and cannot do a good “Boston Accent.” Most commonly, people think of the Boston accent as it is when done by Mark Wahlberg, Ben Affleck, or Matt Damon. But, like any accent, there are certain subtleties that set different sections of Massachusetts apart from another in terms of dialects. Katharine Hepburn, for example, had what is known as a Boston Brahmin accent which is more refined and often considered more “upper-class” than my standard, Boston accent. All I need to do to retain my accent is talk to my parents and I automatically revert back to my natural tongue.

On film, it always helps when there are actual Boston natives involved on the screen or behind-the-scenes within the production if set within the Boston area. Amy Ryan is said to have refined her speech from Jill Quigg, a local whom Ben Affleck ended up casting alongside Ryan in Gone Baby Gone (2007.) Quigg went on to appear alongside Christian Bale and fellow Boston native Mark Wahlberg in The Fighter (2010.)

As a person with a native Boston accent, I can tell you right now, that the actors I have found to be the most convincing with the accent (in recent years) are as follows: Christian Bale (The Fighter) Amy Ryan (Gone Baby Gone)  Blake Lively (The Town) Amy Adams & Melissa Leo  (The Fighter.) But, there are those who tend to go overboard with their dialect and it sort of  sounds like they are making fun of us.  Not cool. To illustrate how good these actors do their accents, here are some clips. None of them are natives. Although, in all of these movies, at least one or two native speakers are in the films with them. Also, my acting coach, Ken Schatz, has always said that I need to get rid of my “moshpit” in regards to how I speak. You’ll notice that oftentimes, for as much as we elongate our “A”s and drop our “R”s, we also tend to mumble sometimes. These actors seem to pull of that characteristic well.
Blake Lively (The Town):

Melissa Leo (The Fighter) She is probably the most stereotypical in terms of how people perceive the accent :