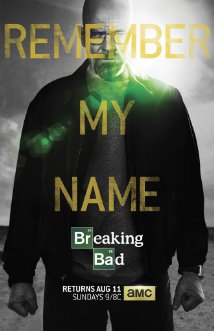 My current state is that of a cesspool of germs. To cope these past 3 days, I’ve resorted to Netflix overdosing, in addition to tea, and over the counter medicines.

It’s cheesy, I know. But, it’s addictive. Watch it just for the re-enactments alone. There are also soundbite gems from former FBI profiler, Cadace DeLong. Apparently every case is the weirdest one she’s “ever studied.”

Breaking Bad (Airs on AMC, currently streaming on Netflix. Just ended. Sad.) Seriously, if you haven’t seen this show, it’s not too late to get sucked in. It’s insane and totally worth the binge-watching if you’re sick. It’s just as addictive as that blue meth they peddle on the show. Get watching!

The Wonder Years (Aired on ABC from 1988-1993; Available streaming on Netflix) If you ever wish that you could have your Mom tuck you in and feed you chicken soup again and curse being an adult, the Wonder Years is for you. Kevin Arnold can help you get through anything…from your first crush, to your cold.

30 Rock (aired on NBC, currently streaming on Netflix) Have no fear, whatever state you’re currently in with your illness, chances are, Liz Lemon has had a day that is far worse than yours. Revel in the fact that this show is so funny that you’ll laugh the whole time and get better quickly.

The West Wing (aired on NBC, currently streaming on Netflix) Until our real government re-opens, why not watch one that is actually functioning. The West Wing is perfect for that and with writing like Aaron Sorkin’s, you’ll never get bored.

The Riches (aired on FX for two seasons, currently streaming on Netflix) This only lasted two seasons, but if you are a mega-fan of Breaking Bad and are going into Walter White withdrawal, check out The Riches with Eddie Izzard as the bad guy and he’s hysterical at it. “A family of crooks assume the identity of an upper-middle-class suburban clan in the Deep South.”–IMDB

Raising Hope (currently airing on Tuesdays at 8p.m. on Fox, the first three seasons are streaming on Netflix): Theater and film vets Martha Plimpton and Cloris Leachman co-star in this hysterical series about a 20-something guy who is left to raise his daughter. Oh yeah, Martha Plimpton (you know, from the Goonies) plays the grandmother.

Psych (airs on the USA Network, streaming on Netflix): If you’re a fan of Law & Order, but wish it were, you know, funny, this is the show for you. Plus, it’s a fake detective agency and they are more often than not better than the detectives.  Oh, and four words: Clue. Movie. Tribute. Episode.

The Office (aired on NBC, streaming on Netflix) Hey, when you’re out sick, at least you’re not at work. Why not take some time to vicariously laugh and prank co-workers by watching episodes of the Office?

Malcolm in the Middle (aired on Fox, streaming on Netflix): For the lighter side of Bryan Cranston before he broke bad, pre-Heisenberg, from 2000-2006, he was just a laughable, fun-loving dad named Hal. Not to mention, Cranston got Emmy and Golden Globe nominations from this series as well. 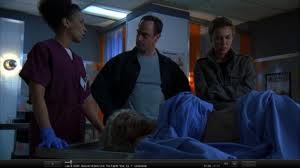 Law & Order: SVU, CSI. Bones: name a crime show that doesn’t deal with having at least one dead body per episode. Whether they are alive and end up dying during the episode, or are lying dead on the street at the beginning before the intro credits role, SOMEONE has to actually PLAY the dead body. Seriously. I want that job. And on that note, I’ve compiled a list of gigs I’d like to get: 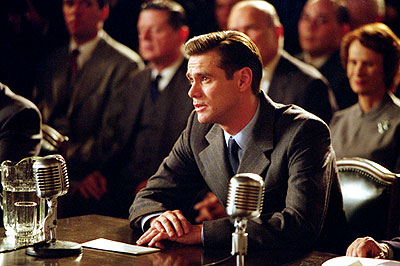 In 2011, Stephen Colbert made his New York Philharmonic debut as Harry in Company opposite fellow fun-man Neil Patrick Harris. Who knew that one of America’s most popular fake news anchors could sing? Well, he can. And he did. But production used the best of comedy chops. He did a guest spot on Law & Order: Criminal Intent  in season 3 episode 16 entitled “The Saint” and he was serious. He plays a document authenticator who will do anything to keep his mom (played by industry vet Lois Smith) happy.

Funnyman, Jim Gaffigan, has appeared on Law & Order: Criminal Intent as well as Law & Order twice each and an episode of Law & Order: SVU. I guess he can do drama really well too.

Fellow Bostonian, and someone whom I worked with on Rescue Me, Denis Leary, actually has a long list of credits that highlight his serious side. Most recently, he starred alongside Andrew Garfield and Emma Stone in The Amazing Spiderman playing Stone’s father, Captain Stacy.

We all know that Adam Sandler can be funny. But who knew he could be serious at the same time. If you haven’t seen Punch Drunk Love, watch it. It’s probably Sandler’s best performance.

Jim Carrey won a Golden Globe for showing his serious side in The Truman Show. But you may not be familiar with The Majestic. Check out this scene:

This just goes to show you that actors are actors. They can be funny, they can be serious. They can just, be. Don’t under-estimate comedians. Oftentimes, they are some seriously serious people in real life and they can bring that to the stage or screen just as effortlessly as they do comedy.