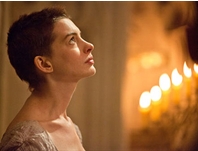 It’s Oscar weekend! YAY!! It’s the most wonderful time of the year, especially if you’re in the business or just an avid movie buff. For the sake of time, and so this article doesn’t go on forever, I am only going to focus on the major categories: Best Picture, Best Director, Best Actor, Best Actress, Best Supporting Actor, Best Supporting Actress, Best Original Screenplay & Best Adapted Screenplay. And for fun…Best Cinematography.

Best Cinematography has always been a bit confusing to those who don’t really understand what it is. Basically, the cinematographer is responsible for the general visual look of the film. According to Wikipedia, they “could also be referred to as the film director’s main visual collaborator.” On a set, the cinematographer is generally known as the “DP” or “Director of Photography.” Essentially, they are the ones that the actor is going to have the most contact with (aside from the director) on the crew side. The DP can make you look amazing or make you look horrid (So don’t piss them off. Hehe.) The nominees this year run the gambit:
Nominees:

My pick for best cinematography this year is Life of Pi. I think in terms of a visual look, Pi has this one locked. It’s a visually stunning piece. However, Skyfall could also be one to watch.

For Best Adapted Screenplay, this year especially, it’s difficult. There was so much great source material that helped make great films.
Nominees:

Argo might win this one because the source material is from a 2007 article in Wired magazine. Life of Pi by Yann Martel (my roommate’s favorite book,) Silver Linings Playbook by Matthew Quick and Lincoln were all adapted from books.

Lincoln, adapted by Kushner from the book Team of Rivals: The Political Genius of Abraham Lincoln by Doris Kearns Goodwin, poses a issue with me, especially when it comes to the title. I know a lot of people who went into viewing the film thinking it was going to be a genuine bio-pic of Lincoln himself. However, a lot of people I’ve talked to were a tad disappointed because they thought the title was misleading. If one is going to have a film about a specific moment in history such as the passing of the thirteenth amendment, then why not call it “Team of Rivals?” The answer is simple. Daniel Day-Lewis is the star.

Beasts of the Southern Wild was adapted from a one-act play that Lucy Alibar had previously written, so difficulty of adapting it to the screen was rather slim. And Oscar voters seem to go for complexity.

My pick (simply due to difficulty of adaptation and a fantastic script): ARGO.

Best ORIGINAL Screenplay is another story all together.
Nominees:

Zero Dark Thirty seems to be receiving a really bad reputation at the moment which I think is going to hurt the chances of it winning in both the writing and acting categories. I think it’s a toss up between Django Unchained and Moonrise Kingdom. Both are so unique and different from your normal cinema fare. But I think Quentin will take home the gold. If he doesn’t, I think the shocker would be if Michael Haneke took it.

Oscar voters and viewers love the “Give me my Oscar” moments. The only one who has been consistently winning throughout awards season in every major category is Anne Hathaway (and maybe DDL, but we’ll get to him in a few.) This brings me to a question that I am asking of all of the acting nominees (whether current or past): Do you need to weep to win? Crying, weeping, sobbing, hyperventilating…they all seem like viable things to do within a role to win an Oscar. Helen Hunt did it in 1998 with As Good As It Gets. And Sally Field won 2 Oscars for playing down on her luck characters. Now, enter Anne Hathaway…playing a down on her luck single mother. AND she does it within the first 30 minutes of the film. She cries, hyperventilates, acts AND LIVE SINGS her way to an Oscar nom…and to be honest, yeah, she’ll win. I didn’t really see any other actress in that category have a “GIVE ME MY OSCAR” moment…other than Sally Field playing well, every character she’s ever played. Ever. Only with a big poofy dress. Oh, and Helen Hunt spends 90% of her movie naked, Jacki Weaver plays a supportive mother, and Amy Adams helps Philip Seymour Hoffman jack off in the bathroom. I love Amy Adams, I’m a huge fan, but an Oscar nom for that role is kind of a joke.

My Pick: Anne Hathaway. Plus, I’m a little biased because I know the back story and actually met her. Whatever. She deserves it.

Philip Seymour Hoffman for The Master (2012)

Robert DeNiro steps out of his normal tough guy persona and plays a dad who just wants to help his son get back on his feet and delivers one of the best monologues I’ve ever heard. He truly had a “Give my my Oscar” moment. And I hope for his sake, it pays off.

Philip Seymour Hoffman is one of my favorite actors. We studied at the same school with the same coaches. I love his work. But much like Amy Adams, I don’t really think he’ll win. Not because his acting was terrible, but because I honestly forgot he was nominated.

Tommy Lee Jones…you’ll probably win. If not you, then it’ll be Christoph Waltz.

Now for the toughest categories (in my opinion.)

Quvenzhané Wallis for Beasts of the Southern Wild (2012)

Naomi Watts for The Impossible (2012)

First off, you have the oldest nominee ever (Emmanuelle Riva) and the youngest nominee ever (Quvenzhane Wallis) in the same category…in the same year… Then, you have nominees who won the Golden Globes in each of the lead actress (Drama & Comedy) categories: Jessica Chastain and Jennifer Lawrence. Although it seems like the battle of Jess & Jen, I wouldn’t discount Naomi Watts. She was nominated in 2004 for 21 Grams which is an amazing film. If you haven’t seen it, put it in your Netflix queue. Now. Part of me feels like The Impossible should be subtitled The Impossible: Desperately Seeking Oscar. I felt like the whole film was Naomi Watts screaming for an Oscar. I have to say, this category is anyone’s game.

I voted for Jennifer Lawrence in the SAG awards. I think she might just take home that Oscar.

Joaquin Phoenix for The Master (2012)

Denzel Washington for Flight (2012/I)

Come on, even the nominees know they’re going to lose to Daniel Day-Lewis. But if anyone can beat him, it might be Hugh Jackman or Joaquin Phoenix. But seriously…do I even have to predict it?

Daniel Day -Lewis for the win.

And now for the most snubbed category: Best Director:
Nominees:

Benh Zeitlin for Beasts of the Southern Wild (2012)

I really hope whoever wins this decides to give it away to Ben Affleck. He got robbed. But if anyone were to win over him, I really want it to be David O. Russell. And as a side note, Spielberg…we know, you’re the best. Ben Affleck still deserved your spot.

My money is on Argo. It’s an amazing film and if Ben Affleck can’t win an Oscar for directing this fantastic film, he better get one for producing it. Again, this category is filled with amazing films, but honestly…Argo for the win. Maybe Les Misérables if the voters are feeling particularly musical. Who knows?