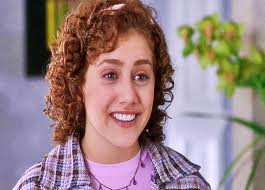 Currently in the industry, I myself, get compared to a “young Brittany Murphy” in her Clueless days. She was always someone I looked up to as an actress, and when she all of the sudden became an ingenue, I forgave her. It was probably the people surrounding her who influenced her work and tried to fit her into a mold she was never really comfortable being in to begin with. She admittedly stated that she was a character actor. That’s what I initially loved about her and her work. She was different. She didn’t fit into the pretty-girl mold, and she did her own thing. And she was successful at it. But apparently, as she got older, she had trouble finding work as a brunette. So, in came the dyed blonde locks, the newly rail thin body and whole new image. She played Eminem’s girlfriend in 8 Mile, sang in Happy Feet, kicked-ass in Sin City, and was one heck of a character actress.

Brittany Murphy started out as “the best friend” or “the quirky” girl and by the early part of the new millennium, was transformed into an ingenue-the girl next door, the every woman, the damsel in distress. What was interesting about her was stripped away, as we were left with a carbon copy of a Hollywood starlet. And I find this so sad. I looked up to her as an actress and as a someone who wanted to get into the business. Her body of work is an interesting one and worth reviewing. The early stuff. The work where she really shows what she’s got and how she utilizes it. When she got lead roles, especially in indies, she was amazing. Still, she is one of those actors I wish I could have met, worked with, and in some way feel a kinship to.