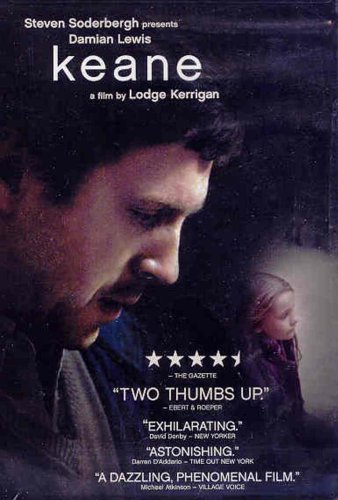 Long before Abigail Breslin got an Oscar nomination for Little Miss Sunshine, and before Damian Lewis played a Marine in television’s Homeland, the two starred in a little known indie film called Keane (2004.)  Lewis landed his  part on Homeland  because the producers were so impressed with his performance in this little-known film. Currently, it’s available to stream on Netflix, and I saw it a few years ago (before Homeland was a series, actually) and fell in love with its simplicity. It’s psychologically thrilling, and proof that a little movie can yield big results for actors. You never know what may be just around the corner, so don’t knock a project just because it’s small.

From Netflix: After losing his daughter in a Port Authority bus terminal, distraught New York father William Keane (Damian Lewis) befriends Lynn Bedik (Amy Ryan) and her 7-year-old daughter, Kira (Abigail Breslin) — but can he really be trusted? Keane uses alcohol and drugs to numb his pain, but Kira helps him break through his haze and open his heart to new possibilities. There’s just one catch: Keane’s daughter may have never existed at all.

Damian Lewis is fantastic in the film, and now that I think about it, I never even realized he was British when I first saw it. Abigail Breslin was still young enough to play cute and adorable children, and now she’s in the new film The Call, and growing as beautiful as her talent. I saw her onstage when she did the Miracle Worker in 2010 on Broadway.  It was her first stage production, and as such, I picked up on some flaws, but overall her acting ability translated to the stage. But let me say this: Abigail Breslin is meant to be on film. She knows how to act on film. She’s been doing it since she was extremely young. This movie is proof that she had talent even at a young age. Damian Lewis does a fine job of acting with her and Amy Ryan. It’s obvious why he got his part in Homeland because of this. He plays all the colors of his character: the sane, mentally ill, and frustrated father just to name a few. This film is definitely worth checking out.

For my fellow actors, and especially those familiar with the “sound exercise” in Method acting, the following scene is a great example. Basically, the exercise deals with an actor singing moment, by moment, line by line, pacing themselves over the course of the verse/song. Throughout, one’s emotional state might change drastically. I have done many an exercise where I am crying by the end of it. This scene with Damian Lewis is a great example of that exercise in action.