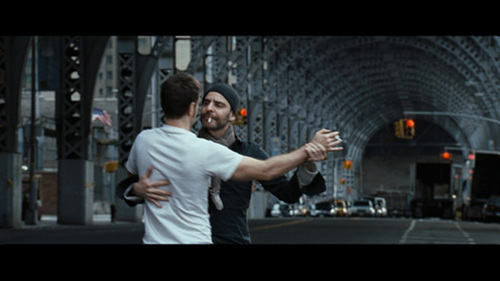 Short films don’t get the recognition that they deserve. They are often the springboards for feature films.  The 2006 feature film Cashback, was actually the expanded version of its 2004 counterpart. In fact, the feature film version of Cashback includes the full 18 minute Oscar-nominated short film within it.  Short films have a running time of 40 minutes or less, and are fairly easy to overlook. However, many actors, from big name stars, to every day working actors, participate in short films. I have done several short films that can rival any feature film in terms of their quality and production values. They are fun and a great way for us actors to build our resumes.

Summary via IMDB: A prying neighbor, a glassy-eyed drug dealer, and a husband brandishing both a weapon and a vendetta make up the welcome wagon. Set amidst the as-yet-unopened boxes and the hopes for a fresh start of two men on what might just be the worst moving day ever. Their new apartment reveals its terrifying history in a film that is by turns funny, frightening, and unexpectedly romantic.

It is definitely worth checking out. In fact, here is the film in its entirety. The running time is 20 minutes 41 seconds. And it’s totally worth it. From the acting, to the simple plot, to the cinematography, it’s a wonderful film: