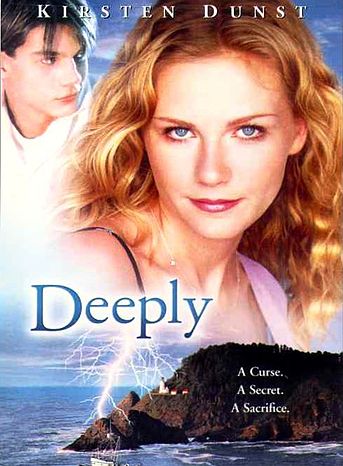 Every once and a while, I notice some weird indie films on an actor’s IMDB page that intrigue me simply due to the fact that they are rarely, widely released films. Oftentimes, when I am looking up an actor’s credits whom I admire, I realize that, yeah, they do the work whether it’s “successful” or not. It’s work. I’ve also noticed that, many times over, actors seem to gravitate towards movies that are produced in Canada. There was a great article written by Slate.com about the benefits of filming movies in Canada (whether they are Canadian or American produced.) The thing I find interesting about the article is the fact that there is a tax break on digital effects by 20% given that one of the two highest paid actors is Canadian.

Not only that, but due to the fact that it is simply cheaper to film across the boarder, many American television series film in Canada. Fringe, although set in Boston, filmed in NYC for the first year, it moved to Vancouver, British Columbia for its second season, and has remained there ever since.

So, it’s no wonder that American actors seem to go to Canada to find work. Actress/director, Judith Ivey, reportedly worked in the Canadian theater for six years during the course of her career.

In 2000, Kirsten Dunst went up to Canada to film the German/Canadian produced film, Deeply, co-starring the late Lynn Redgrave. From Canadian director/writer, Sheri Elwood, it is an interesting indie film.

A mythic memory play in the vein of The Wicker Man, Deeply is the story of a traumatized teenager, Claire McKay, who is brought to the Island of her ancestors in the hopes of she will recover from the sudden death of her first love. Claire encounters an eccentric writer, Celia, who tells her the story of another grief-stricken teenager, Silly, and the curse which has haunted the Island since the days of the Vikings. As Celia recounts the story of Silly and her great loss, a story that is yet without an ending, Claire relives her own trauma and undergoes a catharsis which sets her spirit free, healed of the grief and horror. As Celia said, a good story does indeed have the power to heal. But the ending to Celia’s story has still to be written…  (From IMDB)

I must admit, this film can be a tad confusing upon the first viewing, and Kirsten Dunst’s accent is really wonky and all over the place, but all in all, it’s a film worth checking out. If not for the acting, for the cinematography. Oh, and there’s what I’m calling a “Jack & Rose from Titanic Moment” in there too. You’ll just have to watch it to find out what it is.  Thank you Canada for all you do for Hollywood.

One thought on “Canadian Connection: Kirsten Dunst in “Deeply” (2000)”