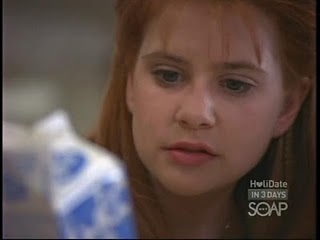 I have a confession. One of my career goals is to be in a made-for-television movie. Preferably on the Lifetime “Television for Women” Network. I’m already able to cross the cheesy re-enactment series off my list, but the made-for-television movie has been hard to come by for me. What I wouldn’t give to cry uncontrollably in the bathroom with a bottle of fake pills and smash a mirror. Or cut & dye my hair and smash a mirror. Those are the cheesy moments I live for as an audience member and what I want to experience as an actor, at least once.

Several actors I have previous blogged about have been in made-for-television movies, movies-of-the-week, or “Cheesy Lifetime Movies.” Kirsten Dunst, mentioned in my previous post, appeared as a teen mom before it became “cool” to play one, in the movie Fifteen and Pregnant. Two-time Oscar winner, Hilary Swank, starred as a violent teen in Terror in the Family in 1996. Teen stars from TV seem to gravitate towards doing  the made-for-tv movie( maybe because they feel at home on television): Melissa Joan Hart, Candace Cameron Bure, and Nancy McKeon all became well-known for doing several movies for television.

In my opinion, one reigns supreme, with so many TV movies to her credit, I stopped counting when I hit 20.: Kellie Martin.  She has 63 television credits, most of which are TV movies. I remember seeing her in the 90s, in movies like Death of a Cheerleader and The Face on the Milk Carton. A lot of the movies were “based on a true story” or “inspired by actual events.” She’s played a killer, a mental disturbed teen, a young abused mother–pretty much every character description under the sun. Here are some samples of her work:

And just for fun, here’s the trailer for future Oscar-winner, Hilary Swank’s TV movie, Terror in the Family:

It just goes to show ya kids, don’t knock a TV movie, there might be a future Oscar-winning in it.