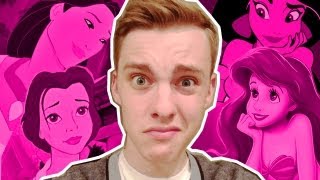 He only has 15 videos on his Youtube channel so far, but Jon Cozart, who goes by the Youtube name “Paint,” has become a Youtube sensation in less than a week. Thanks to publicity from some heavy hitters in the industry like George Takei who shared Cozart’s latest video “After Ever After” (see below,) people all over the country are taking notice. He even tweeted that he had an interview with the Huffington Post yesterday and today, all three of his songs are in the top 10 comedy songs section of iTunes. When I, myself, viewed the video, it had a view hundred thousand hits. This morning, I looked at it again, and it had over a million. Harry Shum, Jr. who is on the hit Fox show Glee, tweeted this morning:

The ironic thing is, Jon Cozart even did a video audition for Glee back in 2010 when he was 18. Chances are that this time, he might just get on the show. Who knows? But this should show you that if you do what you love, the success will follow.

With this video, he took something that was relevant to a specific generation and updated it using his talent for music. He’s a fantastic singer and he was pretty witty with the lyrics too. And another thing, am I the only one that noticed if you replace the “C” in his last name with an “M” you have Mozart? Maybe this explains where he gets some of his talent.