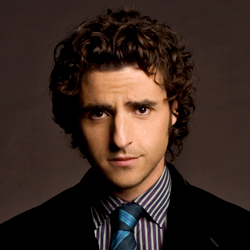 In 1993, David Krumholtz made his feature film debut(s) with both Life with Mikey (for which he was nominated for a Young Artist Award) and Addams Family Values. He probably best known to my generation for the two previous films, as well as playing Santa’s sarcastic head elf, Bernard, in The Santa Clause (1994.) In fact, I remember seeing all three of these films in the theaters at the time of their releases. He has since gone on to appear in Numb3rs for six seasons, and can currently be seen in the upcoming comedy, This Is The End, playing himself. His resume is impressive and I’ve always been a fan of his. Here’s a look at a clip from The Addams Family Values: