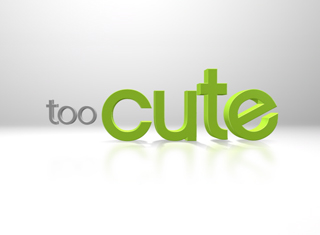 After Monday ends, and the stress of the work week starts, you got to come home and relax.  What better way to relieve your frustrations than watching adorable animals? Especially baby animals. There’s a show I discovered on Netflix Instant last night and I’m currently binge-watching the cuteness that unfolds. Animal Planet’s Too Cute is just what the name implies. It also features puppies and kittens of various breeds during the first 10 weeks of their lives…and it’s ADORABLE. I’ve been spending the entire time going, “Gah!!!!!! Awwww!! Sooo cute!” at the screen. I never knew there were so many breeds of cats and dogs. Thanks to the awesome narrator they have in veteran actor Henry Strozier, it’s fascinatingly educational too. Plus, it’s really entertaining to hear him say really corny dialogue.  It’s the perfect show to relax with in the evening. So go watch some cuteness.

Fun Fact: The show’s narrator,Henry Strozier, is famous for playing the  cranberry farmer in the “Ocean Spray Cranberry Juice” commercials. He is also a narrator for PBS  including  and the show”1900 House.”