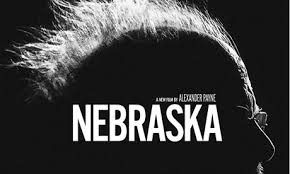 Fresh off his directorial masterpiece The Descendants, Alexander Payne trades the beaches of Hawaii for familiar territory: Nebraska. In this black and white tale, “An aging, booze-addled father makes the trip from Montana to Nebraska with his estranged son in order to claim a million-dollar Mega Sweepstakes Marketing prize.”-IMDb. The thing that IMDb fails to mention is that it could be this year’s dark horse of awards season. First off, Alexander Payne filmed it on his home turf. Secondly, he filmed in black and white. To top it all off, it wasn’t bloated with superstars. Now, there is nothing wrong with having stars in a film, but to trust your film to industry vet Bruce Dern, SNL alums Will Forte and Bob Odenkirk (both whom started out as writers on the classic sketch comedy show) and character actors Stacy Keach, Mary Louise Wilson, and June Squibb–that’s not normal for Hollywood standards. Given the fact that Payne’s last film had George Clooney at its helm, expectations can run pretty high. Well, let me tell you, from the performances to the cinematography, Nebraska is an extremely relatable film.  More audiences would probably find similarities in dealing with aging parents no matter what age, gender or racial background. I was pleasantly surprised by Will Forte’s performance, and I’m scratching my head on how we let a nomination for the SAG Awards slip by him. Also, June Squibb might come out of the woodwork and steal the awards at the age of 84.