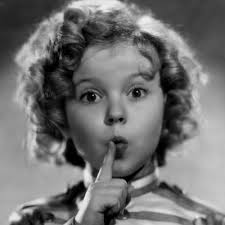 Today the world lost the original child star. A legend. Shirley Temple Black passed away at the age of 85. Her films have become a part of American history and she will forever be heralded as one of the greatest film stars. Here are my top five picks of her films to watch. You can find most of them on Netflix or YouTube.

5. Little Miss Marker (1934): During the Golden Age of Hollywood when the studio system was still in place, and essentially stars were under contracts to specific studios, Shirley Temple appeared in this 1934 film on loan-out to Paramount.

4. Now and Forever ( 1934): At this point, Shirley Temple had become such a star that Gary Cooper actually asked for her autograph when they worked together on this film.

2. The Little Colonel (1935):  This movie was revolutionary and helped bring two dancing greats together. Here she is in the iconic staircase dance with Bill “Bojangles” Robinson:

Rest in Peace, Shirley Temple. You were one of the greatest; The ultimate, iconic, legendary child star. Hope you’re on the Good Ship Lollipop in Heaven. Your work will always stand the test of time.