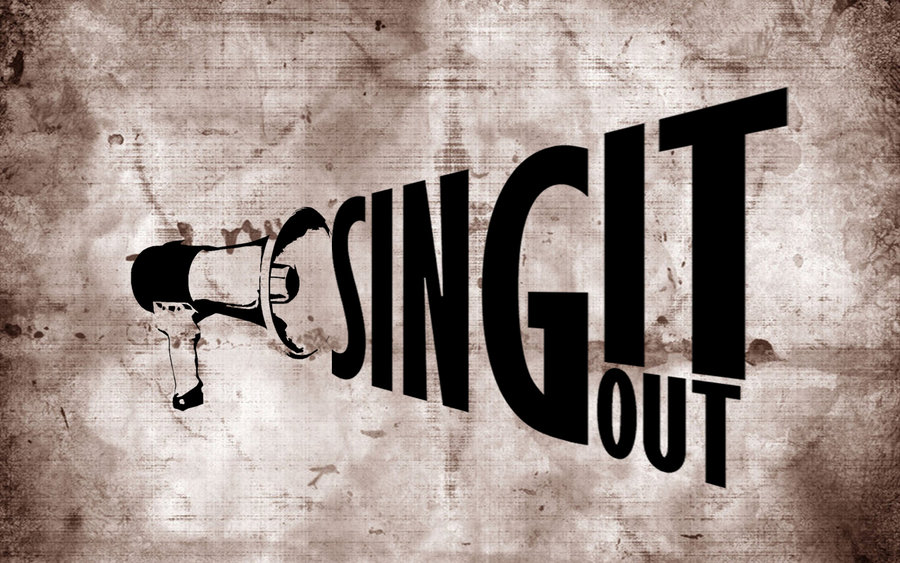 Last night, my good  friend Sarah, who appeared on the first episode of Rants Reviews and Reels: Live!, and I  went to our local bar. We were avoiding the thunder and lightning by consuming some good craft beer in a very lively environment.  Whenever we get together, I find that I have some of the most profound and meaningful conversations about life. We were talking about things that make us happy; things we love doing, performing, the insanity of show business, everything. During our conversation, I had brought up the fact that music has always had a profound impact on my life. Like many, I have an innate visceral reaction to songs. Growing up, I was exposed to all types of music, and learned about an array of artists. I remember taking my first music  lessons on my Muppets-themed keyboard. Then, that transitioned to the violin, piano, clarinet, guitar, and in high school, vocal lessons. I listened to classical symphonies, I listened to my parents records of The Beatles, Janis Joplin, Patsy Cline, and Frank Sinatra. I wanted to know everything there was about music in all its forms. There was even a program on Microsoft Encarta (remember that?)  I was obsessed with that showcased music from around the world. Music feeds my soul. Sarah and I talked about how we both have a deeper connection to music than anything else creatively. Not to say that acting and writing don’t fill spaces in our beings, but music is at a whole different level. There have been studies done on the benefits of singing. Both emotionally and physically, it has been proven that singing promotes community, releases the same endorphins as exercising, promotes learning in children, and evokes emotions.

When I was in high school and college, I sang nearly every day. Now, in my adult life, I find myself keeping tight-lipped, unwilling to bring someone into my vocal world. At theater school, we did this exercise which is rather simple in concept called “The Sound Exercise.” During the exercise, the actor starts to sing a simple song such as “Mary Had a Little Lamb” only singing one note at a time.  As the exercise progresses, it actually becomes a very emotional experience because you are open and vulnerable. I try to use that exercise whenever I feel I’ve hit a wall emotionally during scene or monologue work. It’s benefited me greatly as an artist.

Last night, just like  acting class, Sarah and I sang our hearts out. We were vulnerable, emotional, and joyous. We sang as if we were the only two people in the room (we weren’t) and we didn’t care who heard us belting out “Me and  Bobby McGee.” we just sang.  We weren’t on a stage, there was no paying audience or accompaniment, but it was one of the most fulfilling artistic experiences I have ever had. We sang slowly at first, and it evoked memories of that sound exercise. At that moment last night, I was happier than I have been in a long time. By the end we had tears in our eyes, and we belted out more songs after that. Sarah told me to I should sing more often, which was really amazing to hear. Do yourself a favor, sing with someone sometime. The connection is more powerful than you might think.

Janis Joplin’s music has always stirred something deep inside me that I have trouble expressing outwardly, but I have always had a connection to her music. Last night was no exception to that rule. Through the music of a fantastic talent who was gone too soon, and one of the best friend’s a girl could have, I reawakened something inside me that I’ve buried deep for a long time–my voice.