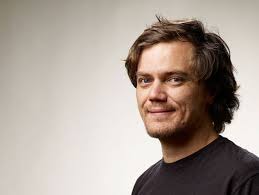 He got an Oscar nod for Revolutionary Road, starred in everything from big budget blockbusters like Man of Steel, to indie films like Take Shelter, and still finds time to get back to his theatrical roots onstage in NYC. Michael Shannon has been one of my favorite actors since I saw him in 2006’s adaptation of Tracy Letts’ play Bug. Like most actors, I have a list. My fellow actors will know it well. It’s a mental list comprised of people we dream of working with. We want to act with talented people. We want to spar with them, connect with them, act our hearts out with them. Well, he’s one of those actors. He’s on my list. Boy he’s one of those actors that just makes me go, “I want to study more. I want to get even better. I want to get to be as good as him/her.” His subtly in  Revolutionary Road was so good, that there were moments where I forgot he was playing a character.  He has a range that is hard to match nowadays and is someone who knows when to get back on the boards (the stage) and stretch his acting muscles to keep them sharp.

Everyone has someone who they want to work with. I love working with interesting actors who make me want to strive to be better. As a character actress, I love watching other character actors. I love wanting to push myself to not necessarily be like the actor I admire, but emulate the kind of intricate characteristics that make up the people they play. Michael Shannon’s performances are complex and it’s those complexities that make him a fantastic actor.  Michael Shannon, if you ever read this, I want to work with you. Seriously. We need to make this happen.