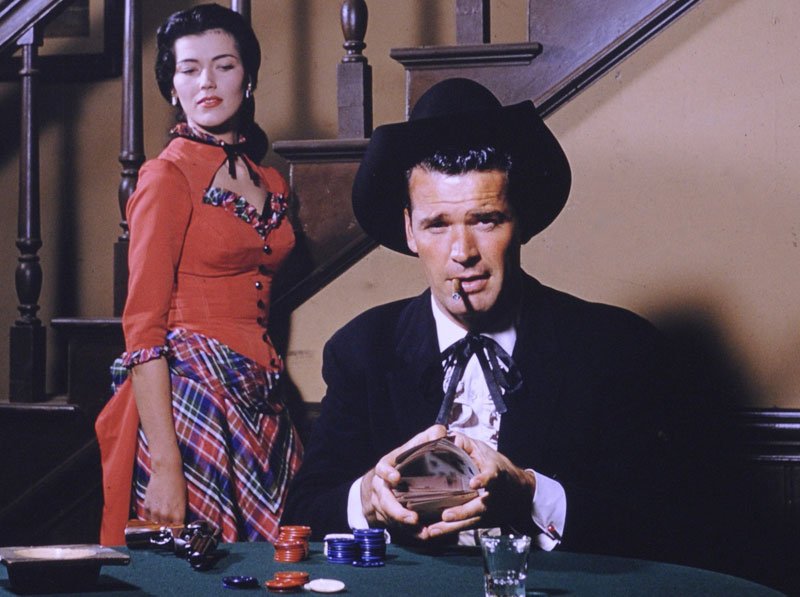 This is a clip from Garner’s famed series, Maverick, with Clint Eastwood looking for some trouble: