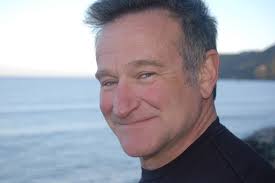 Yesterday, there was almost an audible gasp heard around the world as news of the death of actor Robin Williams made its way through news stations. I found out about his death while at my actor survival gig. Literally just twenty-four hours before I found out, I was talking to a co-worker about The Birdcage, and mentioned that it is one of my favorite movies: top three. I mentioned that it was like watching a masterclass in comic timing. Fast forward to a day later, and the person who helped teach that very masterclass on film was gone. Like many of my friends and colleagues in the industry, this celebrity loss seems to be much more than that. It’s as if parts of our hearts are ripped out because Robin Williams had such a monumental impact on us. Whether  he was part of our childhoods with movies like Aladdin and Mrs. Doubtfire, part of our pubescent years with Dead Poet’s Society and Hook, or part of our adult-hoods with The Birdcage or Good Will Hunting, we all have different points of reference for Williams. He was part of my parent’s generation, and they knew of that shining light from his start on Happy Days and  Mork & Mindy and through his stand-up. His slew of movies and television credits top the 100 mark, he was everywhere. I think it is safe to say, that no single actor’s work has had as great an impact on me as Robin Williams’ has from a human aspect. He made me feel deep emotions of light and dark. Like many, I’ve watched him be funny and serious, sometimes in the same moment. He made us feel something deep inside ourselves. He made that laugh that may have stayed hidden burst out, he made the tears that we were too afraid to show anyone, flow like a river. Robin Williams suffered from depression, and what that was like for him, we will never know. Rather than speculate and make generalizations about why and how he died, all I will say is that it’s tragic. Depression is tragic, suicide the same. That being said, those two things do not change the fact that Williams made us feel what most actors try to all their lives: He made us feel human.