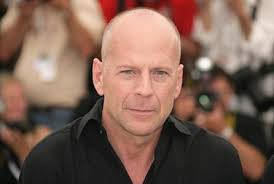 Apparently, Die Hard action-star Bruce Willis, will be making his Broadway debut in the stage adaptation of Stephen King’s Misery. The best-selling 1987 novel was already adapted for the screen with Kathy Bates and Jame Caan, so I’m wondering how they will adapt it, yet again, for the stage. Actress, Elizabeth Marvel (House of Cards) will step into the role of Annie Wilkes, which was originally portrayed by Bates and earned her an Academy Award. Personally,I think it would be interesting if Kathy Bates were given the chance to play her famed character onstage. I honestly think that even after twenty-five years, Bates could pull it off. Who knows? It’s still early in the process, so there might be a chance for her to win a Tony for the same role in which she won an Oscar. But, I’m interested to see what Marvel does with the role. The characters of Paul Sheldon and Annie Wilkes have become so iconic within the horror/thriller genre that I think an audience may have a tough time seeing anyone else but James Caan and Kathy Bates in those roles. The good news is, that many film-goers may not be aware of, that Willis has Off-Broadway stage experience. It’ll be very interesting to see him “back on the boards” after nearly thirty years. However, I don’t want to be too quick to assume its fate yet. We’ll just have to wait and see until the curtain goes up in the fall.