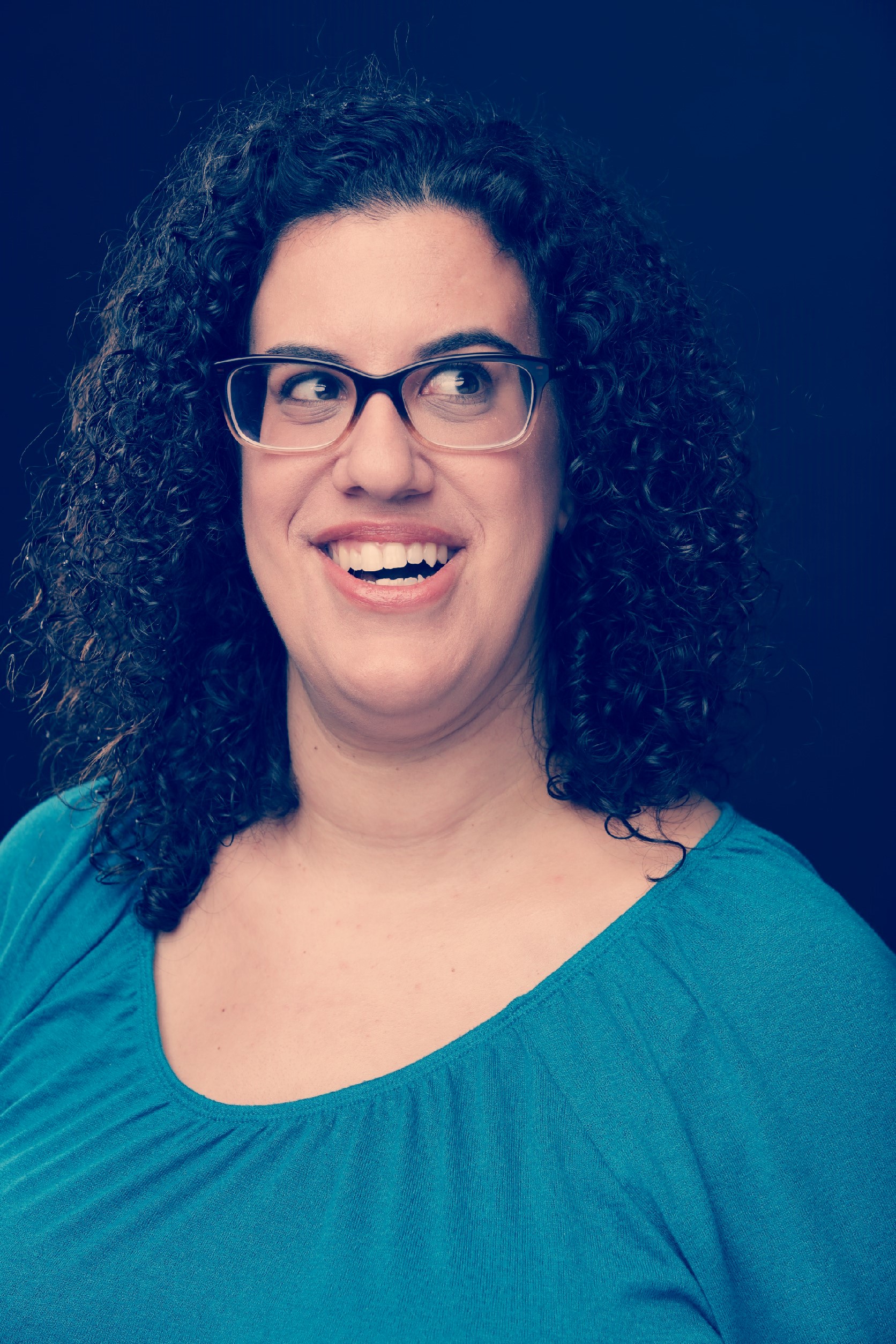 When I first started writing my solo show, “Walk With Me” about growing up with cerebral palsy and learning to walk again at 13, it wasn’t even a one-woman show. In all honesty, I was avoiding the elephant in the room. I was writing characters who resembled myself and my parents; I was trying to be “creative.” However, as the writing process continued, I began to realize that I had to do this one alone. I had to tell my own story, use my own voice, and, no matter how painful, share my own memories.

I first got involved in theater around the age of 7 or 8 because my mother thought it would be a good thing to do and enhance my social skills. I obviously fell in love with acting, and here we are. Growing up, my perception of why people act, whether in theater, film or television, had been a self-serving one. Actors want to be in the spotlight. We want to show our talent. We want to win the coveted Oscar. The End. It took me a while to realize that theater, film, and television could be more than just a self-indulgent vehicle for people who want to be in the spotlight. It could be more than just a money game.

It wasn’t until I was in college when I realized that theater could really help people. Theater education can help those of all ages relate to one another. The reason humans tell stories and fables, recite poetry, is to help each other relate to the world around us. The reason I finished writing my show is to help others understand another perspective. I was born with cerebral palsy, and while I still question on a daily basis why,  I am slowly coming to an answer. I was born with a disability, with the health issues I still deal with, and am using those struggles to help bring awareness to others. I am using my love of theater, my acting ability, and training, to tell my story.

Last week, I performed my show in the most unlikely of places: a hospital. My neurologist from when I was a baby had come to see my show when it premiered in November at the People Improv Theater. The next day, I received an email about doing the show at Boston Medical Center as part of their Grand Rounds. For those who may not know,

Grand rounds are an important teaching tool and ritual of medical education and inpatient care, consisting of presenting the medical problems and treatment of a particular patient to an audience consisting of doctors, residents and medical students. The patient was traditionally present for the round and would answer questions; grand rounds have evolved with most sessions now rarely having a patient present and being more like lectures. An actor portrays the patient in some instances.

Grand rounds help doctors and other healthcare professionals keep up to date in important evolving areas which may be outside of their core practice.

So, for the first time I performed my show for a room full of doctors and medical students. In a way, I helped bring the patient perspective to the forefront. There was a Q&A afterwards with myself and my parents, questions varied, but the most common one was “How did you come out so normal?” Well, I think that the “normal” part is still up for debate. But, I am thankful that my parents didn’t restrict what I could and couldn’t do based on my physicality. I loved theater and dancing, and I did it, despite being told I wasn’t “normal” by some. Last week, I was able to help doctors understand that the preemie babies they care for now will turn out just fine. They will lead lives, they will be human. In the end, that’s all we are: human.

I am fortunate enough to be given a gift of cerebral palsy. It’s an unlikely gift, but it’s mine. I was given the different-ability of seeing the world around me, of moving, of being on this earth. Everyone has a story, we just have to be open enough to listen.

My show will be at the PIT again in March, April, and May. Tickets are available now:

3 thoughts on “Why I Tell My Story: Theater & Raising Awareness #disabilityawareness #cerebralpalsy”