2002 was the only year that Lauren Graham was nominated for a Golden Globe. That is a travesty to the acting profession. To this day, her work on both Gilmore Girls and NBC’s Parenthood (which is in its final season,) has pretty much been overlooked by critics. However, audience members, myself included, have certainly known of her massive talent for years. Graduating from Barnard College (Columbia University) with a B.A. in English, and her MFA in Acting from Southern Methodist University, she certainly had the training under her belt, and a wealth of experience long before Gilmore Girls hit the airwaves. However, when GG was finally brought to life, there was no better person to handle the fast-paced, complex, and witty dialogue of writer/creator Amy Sherman-Palladino than Lauren Graham.

Breathing life into Lorelai Gilmore, Graham demonstrated her extensive emotional range and comedic skills during its seven year run. Even seven years later, her acting on Gilmore Girls is still some of the best acting I’ve seen on television. She should have won an Emmy, she should have won a Golden Globe. Maybe, we can retroactively give her all the awards from the 2000s. If you haven’t seen Gilmore Girls before, sign on to Netflix and binge-watch the entire series. Do it now! You won’t regret it.

I was watching my normal YouTube channels that I subscribe to the other day, when I saw the trailer for a new series from NBC starring James Spader called, Blacklist. Holy moly, did I freak out because of its awesomeness. And I just found this out: It films in New York. I have to see if I can get on this show. Like, now. Seriously. What do I need to do? It co-stars Megan Boone, I’ve never heard of, but apparently, she was a regular on Law & Order: LA, so I think she has the whole, “I’m a government official” thing down. What I’m really eager to see is James Spader as a hardened criminal. I knew there was something behind all those snarky, egotistical characters he played in the 80’s. Now, after starring on Boston Legal, he goes to the opposite side of the law in this show.  Spader  plays Raymond “Red” Reddington, the most wanted man in the world, who has willingly surrendered himself to authorities and has revealed he compiled a list of that includes everyone from politicians, to mobsters and terrorists: The Blacklist. It seems like NBC took a cue from Fox’s new hit show, The Following, starring another 80’s heartthrob, Kevin Bacon. I’m not sure if executives really thought out the title of the show though. If it completely goes up in smoke, the media can use the title to their advantage. However, something tells me that NBC may have a new hit show on their hands. It looks intriguing, and I thought it had elements of Silence of the Lambs that will make it thrilling to watch. Watch out Hannibal Lecter and Clarice Starling, there’s a new criminal/agent duo in town.

Take a look at the trailer: 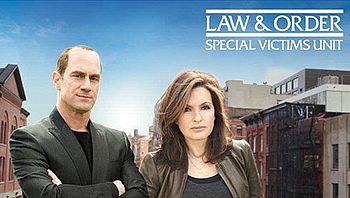