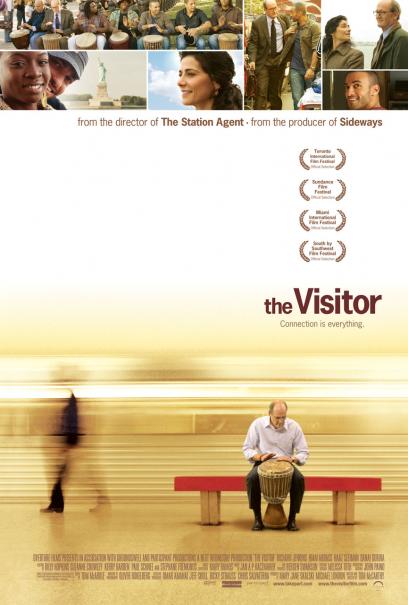 There are certain actors I have a deep seeded need to work with. I want to learn as much as I can from them. Richard Jenkins is one of those actors. He’s “that guy”  you’ve been seeing in movies and television shows for years.  You definitely know his face, but not necessarily his name. His IMDB resume dates all the way back to 1975. Yet, it wasn’t until he starred in the 2007 indie film The Visitor, that the world, and the Oscars, took notice. He received his first nomination for the first leading role of his career. When talking about his experience while filming The Visitor, he states, “I would say ‘I’ll go back to my trailer now’, and they’d say, ‘No, no, you’re in the next scene. It’s one of those things that I didn’t know if I would ever get an opportunity to try. I’ve been waiting my entire professional life for this experience.”

Some actors wait their entire careers to have the “leading man” or “leading lady” experience. Some people never get there. I’m a character actor myself, so who knows when, or if, I’ll get there in the feature film realm. I’m glad that Jenkins has gotten the recognition he deserves. And you know what? Right after his success with The Visitor, he went right back to doing character work. And personally, it just goes to show me, as an actor, that it is ultimately about he work. It’s not about who has the biggest part, or the most lines. It’s about the work, and what you can bring to it as an actor. In this film, he brings his “A” game. He gives it everything that he’s got, and it shows. His years of experience as a character actor just might have prepared him for his moment in the sun. He’s fantastic in the film. I have always been a huge admirer of his work and I am glad he finally got his moment to shine:

So, Mr. Richard Jenkins, if you are reading this, from one character actor to another: Bravo! And I want to work with you.