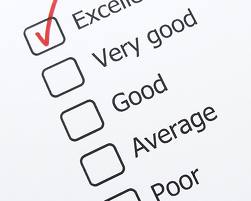 George Clooney doesn’t do accents. He told that to a casting director when he was first starting out, and they loved him for his honesty. The “special skills” section is exactly what it sounds like. Special. Skills. It lists the skills that you possess as a human being that you can utilize in the acting world. Know a language? GREAT! Put it on there! Dance? Sing? Play an instrument? Great! Great! And, great! Put those on there. But don’t lie. Don’t say that you are fluent in Spanish when you can barely say, ” ¿cómo está?” And if you can’t carry a tune or tap dance like Bill “Bojangles” Robinson, you simply don’t possess that skill.  Lying on your resume will never, never help you. And don’t try to be funny and say, “Good in bed.” That won’t help either. Seriously.

I always have the number of years of experience listed next to my skills, just in case. But if I don’t possess a specific skill set, I simply don’t put it. Here’s a list of things I can’t really do:

3 thoughts on ““But I’m an Actor, I Can(Not) Do Anything!” The Special Skills I Do Not Possess”